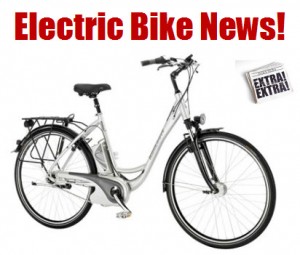 Ahhh another week of e-bike news and happenings!  This is a place where I compile news and other electric bike or regular bicycle items of interest.

I update this through out the week as I come across more cool news and cool stories, so stay tuned 🙂

And if you want to contribute an e-bike news article or story, please leave them in the comments section at the end of this post.

One more thing: If you would rather watch a video recap of this news, you can check it out here on e-bike news TV 🙂

And now the news!

END_OF_DOCUMENT_TOKEN_TO_BE_REPLACED 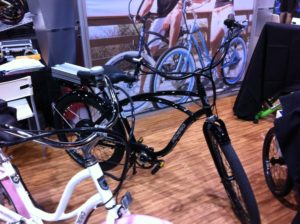 Recently at Interbike (the largest bicycle convention in the U.S.) I had the opportunity to meet with Don DiCostanzo, the CEO of Pedego Electric Bikes, to learn about all the new electric bikes that they are coming out with.

One of the things I like about Pedego Electric Bikes is that they have some of the more stylish electric bikes out there.  Their current line of bikes are the classic beach cruiser style that a lot of people like for the looks as well as the laid back, comfortable ride. 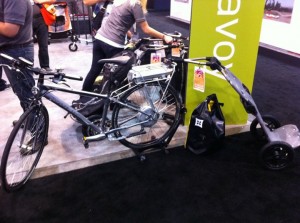 Hello! I just wanted to give you a quick update on what’s happening at Electric Bike Report.

I was recently at Interbike in Las Vegas which is the largest bicycle convention in the U.S. It was a great event where I was able to check out a lot of the new electric bikes and new bike commuting gear andaccessories. I also met a lot of great people in the bike industry.

Over the next couple of weeks I will be bringing you info on what I saw and info on the ebikes that I test rode. This week I am on vacation and my wife will have a big problem with me if I spend too much time “working” 🙂 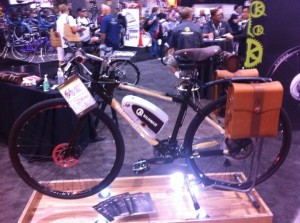 New electric bikes and gear!  This week (September 21-24) I will be at Interbike which is the largest bike convention in the U.S.  This is the place where all the bike industry gathers to show off the new products for the coming year.  It is going to be a good show for electric bikes because there are a lot of new products as well as seminars that are focused on electric bike education.

I will be there to gather as much info on the new e-bike stuff and bike commuting gear as I can and I will report back to you with what I find!

If you want to get regular updates, the best way is to END_OF_DOCUMENT_TOKEN_TO_BE_REPLACED