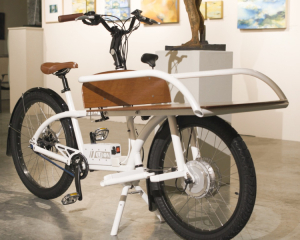 We can barely keep track of the number of e-bikes that are making their world debut this week at the huge Eurobike Show in Germany.   Only a few years ago, e-bikes were only an asterisk at this show, but now they’ve taken center stage.

The only real question is which of these beauties will make it to the U.S. market.  We’ll have a better idea when we see who’s wheeling and dealing at END_OF_DOCUMENT_TOKEN_TO_BE_REPLACED