The why WAS pretty easy. As a long-time bicycle commuter and recreational bicyclist, I hope to ride a bicycle well into my golden years. But about five years ago END_OF_DOCUMENT_TOKEN_TO_BE_REPLACED 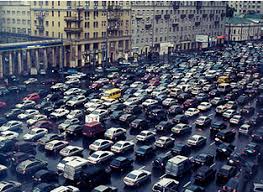 The price of fuel in the UK is getting ridiclous; as it stands it costs the equivalent of $8 for a gallon of what we call petrol, or gas in the US. Added to that I was finding that my commute was getting longer END_OF_DOCUMENT_TOKEN_TO_BE_REPLACED

I really like this idea: testing an electric bike for a two week trial period to “test before you invest”.  That is what the community group has put together.  I have END_OF_DOCUMENT_TOKEN_TO_BE_REPLACED

The other day I got an email from Hung Ly, who owns Trinity Environ in Naples, Florida.  He has been inspired by helping others enjoy riding a bike or a trike again.  I liked his email and I want to share it with you.

His email is in response to one of my emails that I send people when they join the Electric Bike Report community.  The title of my e-mail is “Why do I run Electric Bike Report?”.  Hung took my title and reworded END_OF_DOCUMENT_TOKEN_TO_BE_REPLACED

Here is VIDEO recap of the electric bike news from the week of November 22, 2010.  This is just a quick overview of the news and other ebike things that caught my eye as I surfed through the web looking for cool electric bike happenings!

If you would rather read about this news, you can it out the e-bike news here.

Here is what you can expect to see and hear about in this video: END_OF_DOCUMENT_TOKEN_TO_BE_REPLACED

Here is a fun ebike video that has some great points about electric biking in San Francisco.  It is an ad for a shop in San Fran but it is so well done that I wanted to share it with you.  It’s gotta a catchy tune too!

Ebikes make a lot of sense for a hilly city like San Francisco where normal bike commuting would be a sweaty endeavor!   Don’t get me wrong, I think ebikes are great for all places, it’s just that for places that have a lot of hills and/or wind they make even more sense.

Check out the video below: END_OF_DOCUMENT_TOKEN_TO_BE_REPLACED

Here is an interesting video from Best Buy (a large electronics retailer in the US) about the electric vehicles that they are carrying.  It is pretty focused on being an ad for Best Buy but it does have some good points.

One of the quotes in the video was from a woman who bought an electric bike.  She basically said “When you look at the bike your like neeaah, when you start to ride it, your like, I gotta get one!”  That quote is so true.  For a lot of people it is all about getting that first E bike test ride to see how great they are.

Here’s an ebike success story that I want to share with you.  I really like this story because the author, Matthew Zoll,  has been using an electric bike to make his commute by bicycle more convenient during the hot summer months in Tucson Arizona.

If you live in a warm climate you will be able to relate this story.  In fact electric bikes work well in cold climates too, where sweating a lot can make you cold if you stop somewhere for a while.

Here are some teasers END_OF_DOCUMENT_TOKEN_TO_BE_REPLACED

So I was just out playing around with my iPhone and I recorded this quick video for you. It’s nothing too mind blowing, but it’s just a reminder that one of the cool things about bike commuting is that you can take the side streets, backroads, urban trails, and other bike routes to avoid traffic.