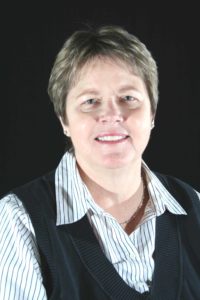 This is very sad news.  Sid was a friend of mine and I will miss her very much.

The following is a press release from the Light Electric Vehicle Association.

Sidney Kuropchak, 61, President of Light Electric Vehicle Association (LEVA), passed away in her sleep, at home, on August 23.  Sid had battled cancer for the last year.

Sid is survived by spouse John Kuropchak and other family members.  A memorial will be scheduled and announced, in about a month.

Professionally, Sid was a co-founder of the Light Electric Vehicle Association, and had served as Executive Director, Board Member, and President.  Sid was just awarded a lifetime achievement award from LEVA.

Her leadership and pleasant management style was responsible for the rapid growth and extensive membership of the LEVA. The LEVA promotes and supports the industry of electric powered two wheelers such as electric bicycles, electric motor scoters, etc. Today the LEVA has more than 250 members in 29 countries.

Sid also acted as the coordinator for eCycleElectric Consulting, a working relationship that lasted more than 15 years. During this time she held key posts at WaveCrest Labs, Ultra Motor USA, and Stone Industrial. Previous to that she was the President of Lauren Manufacturing.

Those who know and worked with Sid held her in high regard. “I depended on Sid to be the wise voice of reason and to remember everything that needed to be done – while charming everyone she came in contact with, for half of my professional life.” Said Edward Benjamin, Chairman of the LEVA. “To say she is missed terribly by her friends and co workers is an understatement. And I know her family must be devastated.”

Sid held a MA in Sociology from Kent State. She was Married to John Kuropchak for  37 years.

If you knew Sid, please leave a comment below remembering her.