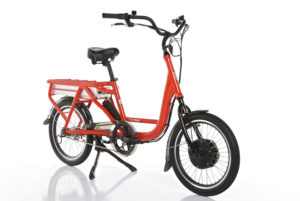 This is a press release from Juiced Riders.

LAS VEGAS, Nevada (September 18, 2012) – Juiced Riders made its first debuts at Interbike two years ago. Since then a lot of new technology improvements have been made to its ODK U500 Utility E-Bike.

The retail price has been reduced to $1,999, representing one of the highest value products in this growing e-bike category.

The Version 2 Utility E-Bike being shown at Interbike incorporates a 500W front geared hub motor for better weight balance, a new 48V, 15Ah battery with 11% more capacity than its predecessor, a cruise control function and a redesigned multi-functional rear rack. Visit booth number 36095 for a look and a test ride.

Juiced Riders prides itself on its innovative 20’’ wheel ODK frame design platform which focuses on commuting and being a car replacement.

It was designed and developed by Juiced Riders President and Founder Tora Harris, a Princeton University Aerospace Engineer and 2004 U.S. Olympian.

Tora was living in The Netherlands and China for several years and wanted to create a practical and fun means of e-bike transportation.

This platform enables a low center of gravity and improved weight distribution for better handling and steering stability when carrying a payload. The ODK Utility E-Bike serves as a crossover between a large cargo e-bike and a recreational e-bike. It provides the best of both worlds.

Juiced Riders also makes a non-electric Utility Bicycle version based on the same frame – which is pedal only. It has all of the same features as the e-bike model, but without the motor or battery. The weight of the version 2 Utility Bicycle has been reduced by 1.5 lbs. 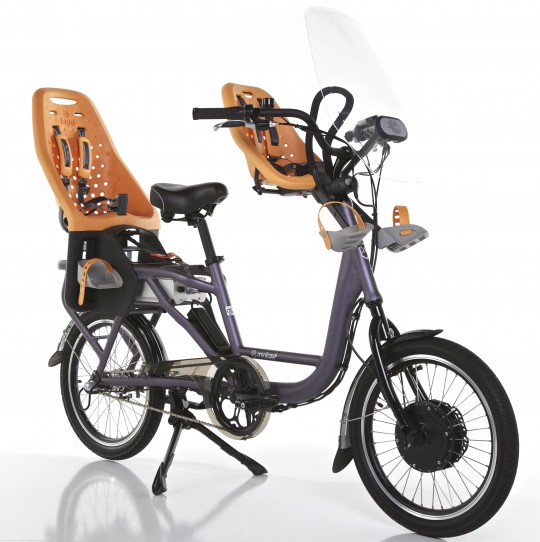 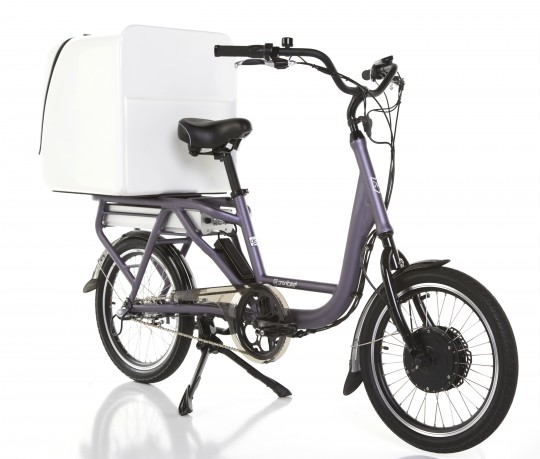 Availability is expected in December 2012.