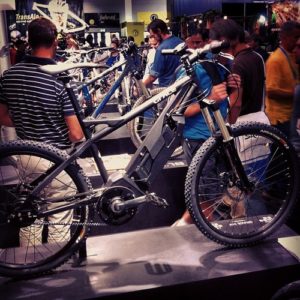 The ebike market in Europe showed significant developments this year. Two main trends stand out in my mind that will probably dictate the way the market develops over the next few years.

The first trend is the move back towards hub motors. Recently it seemed that mid-drive was the future, but this does not seem to be the case, as new developments from Go Swiss, Panasonic, and Bionx, to name a few, suggest.

Manufacturers clearly see mid-drive engines as ideal for many purposes, and so it appears that the market is splitting, with mid-drive becoming the preferred system on comfort and touring bicycles, and hub motors being engineered into more performance oriented bikes.

Now there are definitely crossovers, such as Bosch’s very popular “45” speed engine being spec’d on a growing number of performance bike models, and Bionx’s IGH3 internal rear-hub system found on a variety of city specific bikes. But by in large, the general trend seems to be hub motors paired with derailleurs and mid-drive paired with internal hubs.

The other trend of note is the growth of the speed electric bike category. Switzerland has led the way on this, liberalizing standards and allowing for an easier process of obtaining a license to use 45 km/h ebikes.

The rest of Europe is also slowly consolidating standards. With the market gradually being defined by governments across the EU, manufacturers are beginning to embrace the new speed category. At Eurobike, every test rider eager to try a bike would first enquire whether the test bike was a speed bike or the more tame 25 km/h variety. Needless to say, speed was preferred.

The worry, among many in the industry, is that the new speed category needs to be explored with caution so as to not add needless risk. Hardly anyone is in favor of raising the top speed of 25 km/h for the “pedelec” category which does not require a license.

When it comes to my impressions of bikes at the show, there were two that stood out for me as having been implemented particularly well. These two standout ebikes were the Grace MX and the Smart ebike. 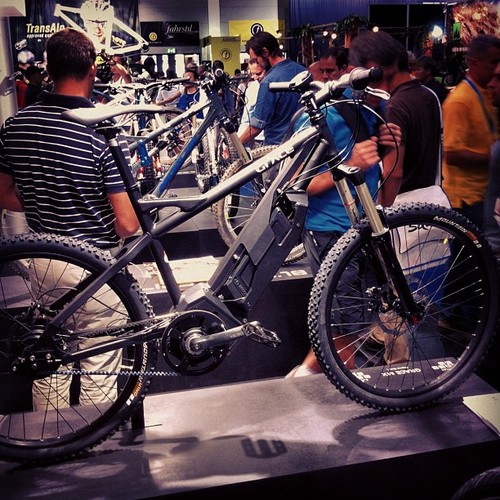 The Grace MX is designed around the Bosch 350 Watt 45 km/h mid-drive engine. What is unique about the bike is it’s utilization of a Gates Belt drive, its use of a Nuvinci internally geared hub, and finally, it’s integrated battery.

The one problem with the Bosch drive is that it is prone to vibration and a fairly constant noise. The noise is due in part to nylon gears in the engine, but a good proportion is the result of the interface of the chainring with the chain.

The Gates belt drive goes a long way to solving this problem, by quieting everything down, and nearly eliminating all vibration. This combined with a smooth Nuvinci transmission, which is not indexed like a Nexus hub, makes for a riding experience unlike anything I have ever tried. It is smooth and incredibly powerful. 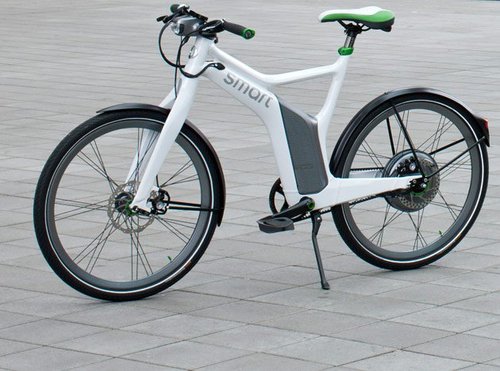 The Smart ebike is probably the best urban ebike I have tried. It has a simple 3-speed shifting system that is flawless, built into the powerful Bionx rear hub motor. The design also allows for a belt drive, but in this case, due to the vibration and noise free operation of Bionx, there is complete silence. Even with a 250 Watt motor, the Smart ebike had plenty of power, although, admittedly, the Eurobike test track did not offer much in the way of San Francisco type hills. All in all, the integration on this bike is really unique at the moment and makes for a vehicle that is a pleasure to ride.

Finally, a word on a few disappointments. The biggest disappointment of the show had to do with automatic transmission. To many people, myself included, automatic transmission sounds great. Who wouldn’t want to cut down on handlebar clutter by getting rid of shifters, and in the process be able to concentrate on riding rather than being in the right gear. The reality is not so simple.

I tried two promising systems with automatic transmission. The first was a Kalkhoff equipped with the Nuvinci Harmony drive. The Nuvinci Harmony is a version of Nuvinci’s hub transmission that uses the power from your ebikes battery to shift gears, keeping you pedalling at a constant RPM. You set the ideal RPM with a grip shift that looks much like the traditional Nuvinci display, but with a digital readout. 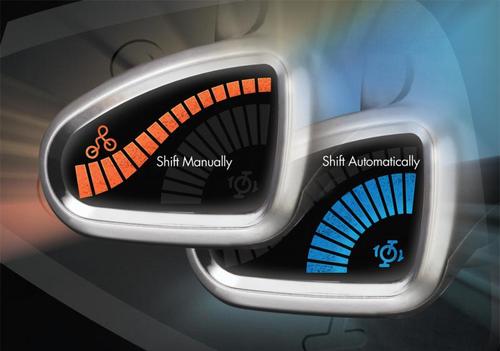 The problem with the Nuvinci Harmony is that rather than liberating you from shifting, it just befuddles. I had a very difficult time understanding just what the Harmony was doing, and found myself constantly tweaking the RPM setting to see what felt right. But no tweaking could make the system feel right to me, and I finally switched settings to manual mode, which turned out to be quite nice.

Simply flip a switch on the battery to turn on the system, and start pedaling. The motor unit senses your pedal pressure and both gives power and shifts you into the correct gear. The concept would allow for beautifully streamlined single-speed ebikes that would appeal to young and old alike. 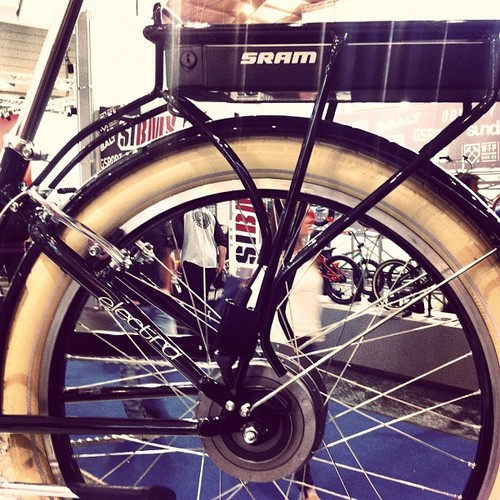 Unfortunately, the SRAM system I tried did not hit a sweet spot. It was noisy, due to the metal gears chosen by engineers for durability sake, and the shifting was beguiling like the Nuvinci Harmony. Again it seems that simplicity can easily come at the price of less control over the bike and a frustrating riding experience. And on top of it all, the power of the motor was extremely underwhelming.

It could well turn out that the system I tried was not production ready and the one that finds its way onto manufacturers bikes next year is different. I sure hope so. If not, I don’t see the SRAM catching on in any significant way.

Do you have any comments or questions for Brett?  Please leave them in the comments section below.

Bonus video!  Here is a video from Bike Europe about Eurobike.  There are some cool shots of e-bikes in this video.  Enjoy!