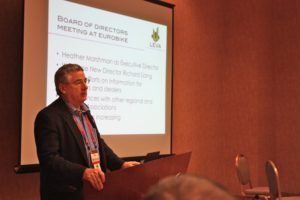 When I started assembling bikes as a teenager in the back of a bicycle shop, the widely hailed “best quality” bikes in the USA were Schwinn Bicycles that were manufactured in Chicago.

Those bikes arrived at the bike shop with many parts (brakes, saddle, pedals, cables, and more) yet to be attached. Good news for me and my peers – it took most of us 30 – 45 minutes or more of practiced effort to finish the assembly of the bike. And when we were finished, we had a bike that almost always had tiny flecks of paint missing. And there were bikes that needed some parts bent, or a grinding wheel, touch up paint, and more to be ready for sale.

30 days later, the bikes could be expected to be in dire need of adjustment and correction – but that was on of Schwinn’s hallmarks – the free 30 day checkup.

The finished bike was heavy, so heavy that most readers today would assume I am exaggerating. The gum wall tires could be counted on to last only a short time, and if left in a hot garage, the sidewalls would melt. Saddles were painful, not comfortable. The handlebars were wrapped in slippery vinyl tape.

What the bike industry of America regarded as “quality” in those days was, frankly, absurd. The customer experience was not good.

The bike business has come a long ways since then. Today, a boxed bike will be assembled in a few minutes. And the paint, and all other details are almost always fine.

Recently, I reviewed the recalls and other news of quality failures that affect bicycles sold in the USA.  There are far too many. As a percentage of all bikes sold, they are a scary big number.

The pattern seems to be: Components from a supplier, such as a brake, or a QR skewer, were faulty or badly designed. Forks seem to be a common problem.

I suspect that the bike assemblers feel that they did their job – the failing component was not one that they fabricated. (They did fail to detect the problem, and they shipped bikes that were not only bad quality, but dangerous to the user…so I think we need to regard this as a big, big fail.)

But there are many other quality failures for the bike buyer. Every bike that I have assembled this year, from a number of vendors, both electric and manual bikes, has had problems. A fork tip that was not made right, missing parts, damaged during shipping, wrong parts in box….

Not long ago, electric bicycles in the USA could not be relied upon to work when they arrived at the dealer. Today we have the reality that several leading brands of bikes in the USA boast that they unpack, assemble, test, and repack every bike they sell. That is an expensive way to compensate for bad quality from the factory. And it is not as reliable a way to deliver a good consumer experience as getting it right the first time, at the factory.

Major component recalls, need for extra attention from technicians, poor paint, poor packaging, bikes that are the same model, but have a variety of major components, and ultimately disappointed consumers, frustrated dealers, are a part of our industry.

This leads me to accuse the bicycle industry of sloppy thinking and poor quality.

The car and motorcycle industries of the world have been forced to improve. And they have done a brilliant job.

Consider the user experience demanded by buyers of motorcycles and cars.

Paint must be perfect, function must be perfect, warranties of 50,000 miles or more, and…these are very complex machines compared to bicycles or ebikes.  And similar strides have been made in consumer electronics, home appliances, and nearly every other manufactured item.

So perhaps we can excuse the bicycle industry. If the intended product will sell cheaply, or is for a less than critical use such as sports or fitness, then perhaps the product does not need to be as well executed as a car, motorcycle, mobile phone, or computer.

The quality, consistency, and  reliability of the bicycles and bikes of today, compared to the major industries of the world is …. sad.

And this is dangerous to the industry.

Part of the reason the bike biz has been able to survive this poor quality is that most bikes have been sold through dealers. And even if sold through a mass merchant, there was a service function at that mass merchant as well as service available from bike shops in the area. Consumers could get their bikes fixed quickly and cheaply. (One of the reasons that domestic Chinese ebikes could remain in service in the early days of the ebike revolution in China was the repairman that could be found alongside the road, ready to get the consumer back in motion, on nearly every corner.)

If the dealer is not going to be selling bikes, then we will see fewer and fewer dealers. That will erode the traditional venue for service.  Perhaps there will be shops that simply service bikes and ebikes. But there is not going to be as much incentive for brick and mortar stores, and this will lead to less access on the part of consumers to service and repair — thus requiring near perfection in quality, packaging, and consistency.

There is a trend for humans to move to the city. And the cities are becoming more and more densely populated. When this occurs, there is a need for mass transit such as buses, metros, trains, and…bicycles / ebikes. No room for the roadways and parking lots that accommodate cars.

But that is very good news for the bicycle and e-bicycle industry. These bikes can be first and last mile transportation to the metro station, home, and work. Electric bikes can carry one to work without sweating, and without spending money on parking, or fuel. New models of cargo ebikes can deliver food, carry groceries, children, and more.

However, this exact circumstance is creating a new and powerful force for change in the bicycle business.

And they are a tough, smart, capable, and well financed group of companies. Who basically created the current standards and processes that drive quality in the world today.

Car industry participants have quality standards and processes that may be their most powerful attribute and competitive advantage as they continue to enter the bicycle and ebike business.

The bicycle industry consensus has been, for years, that car makers are too slow, too inefficient, not truly serious about bicycle industry. And we can point to many examples to bolster that contention. So…not to be worried about.

But they are now in the business in a big way, and growing very quickly. They will be setting the quality, features, value and performance pace within a handful of years.

In the last few weeks, news stores have reported on GM executives have hinting about ebikes. This year Ford has shown several models, VW is working on a second generation, Daimler, and BMW are solidly in the business. Auto parts makers Bosch, Panasonic, Samsung, Mando, Magna, MATRA, and others are in the business. Yamaha, Honda, and KYMCO are selling, or have sold, ebikes.

All of these will be bringing a higher standard for all aspects of the bikes to the industry. And hat will force the bike business to dramatically improve.

And this will be good for all of us, if not comfortable…

Thanks to Edward Benjamin from eCycleElectric for that informative guest post.