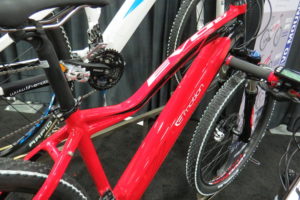 For 2015 Easy Motion is bringing their new EVO line up of e-bikes to the US and they recently showed them off at Interbike in Las Vegas.

The EVO line has some new features that improve on the previous NEO line from Easy Motion.

The first one is that the battery integration on the downtube of the frame is even more stealth to make their electric bikes look very much like a traditional bicycle.

Speaking of the frames, the EVO frames utilitize hyrdoformed aluminum tubes to create some cool looks and in some cases, more standover height.

Another improvement is the ability to charge the battery on or off the bike in the EVO line.

The following videos and pictures will give you a look at the new 2015 electric bikes from Easy Motion.

And here are some pictures of the new Easy Motion bikes from Interbike. 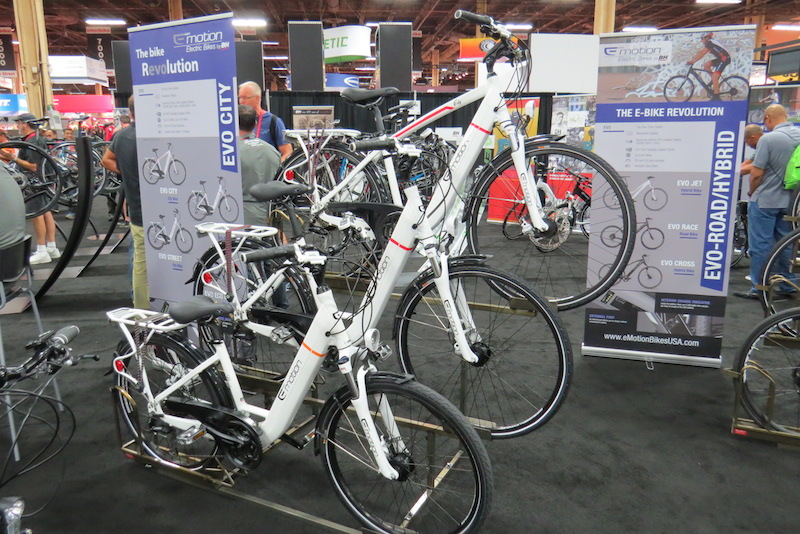 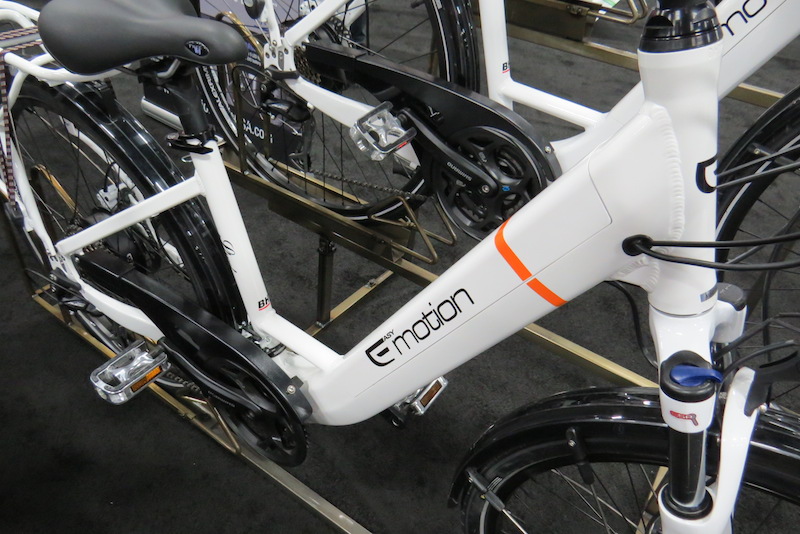 Here is a close up of the EVO Street.  Note the easy step thru frame style and how ingrate the battery is in the downtube of the frame. 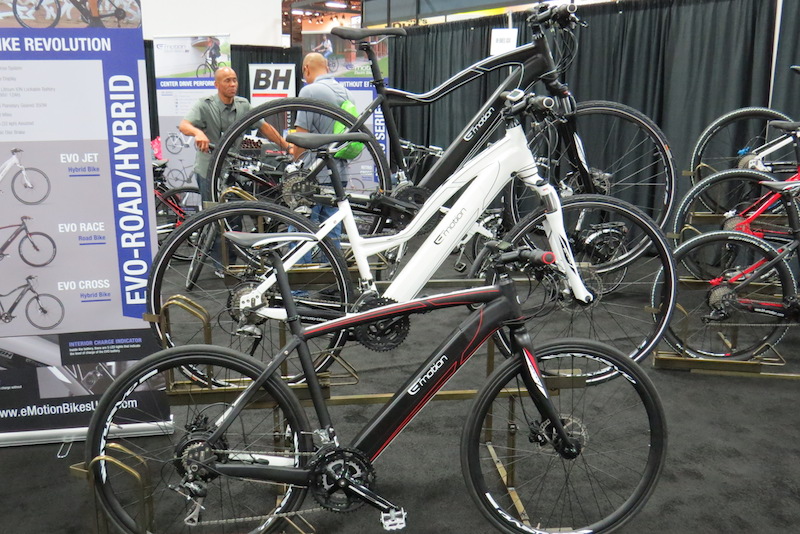 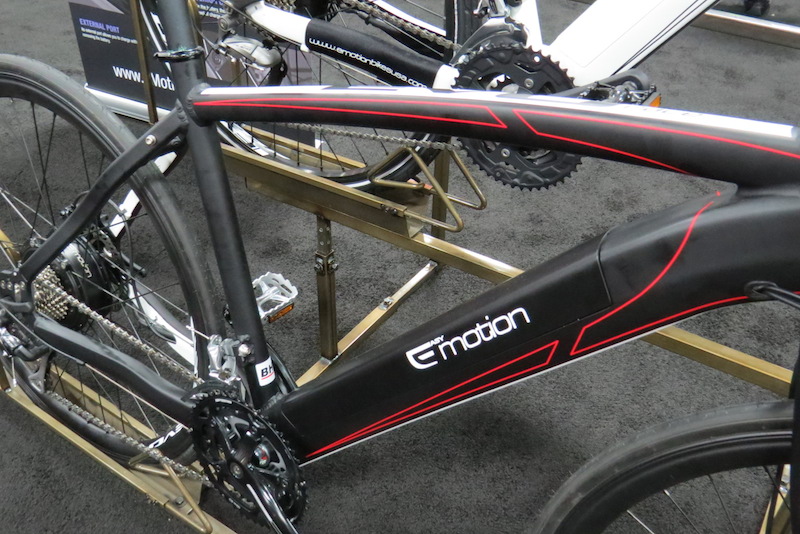 Here’s a close up of the EVO Race frame and integrated battery. 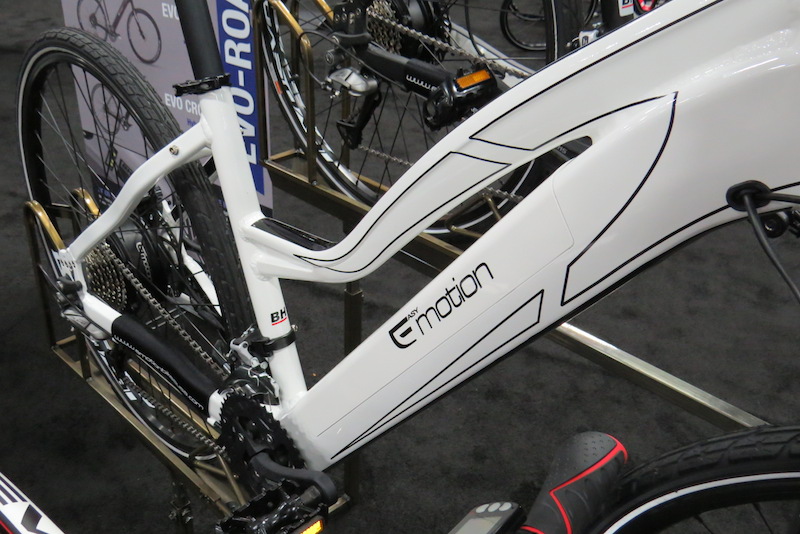 And a close up of the EVO Jet with its step thru frame. 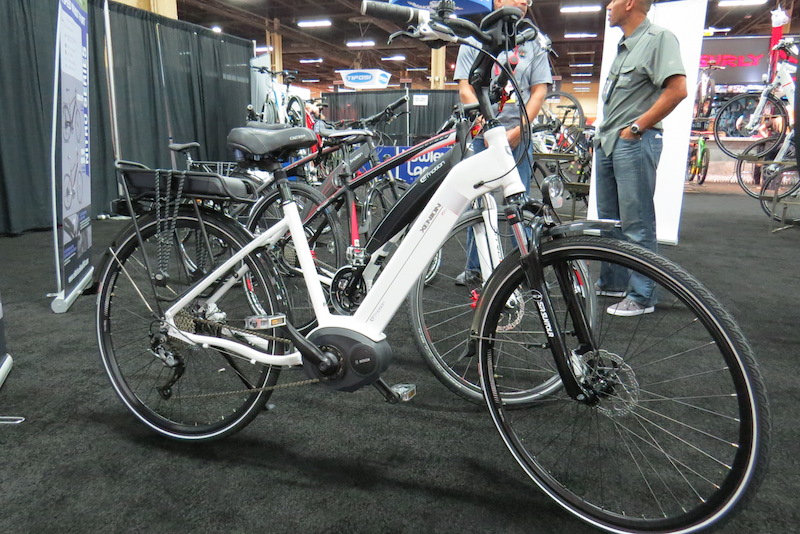 The Bosch City Wave is a commuter style mid drive.  Easy Motion will also have the Bosch Cross which is more of a road style e-bike. 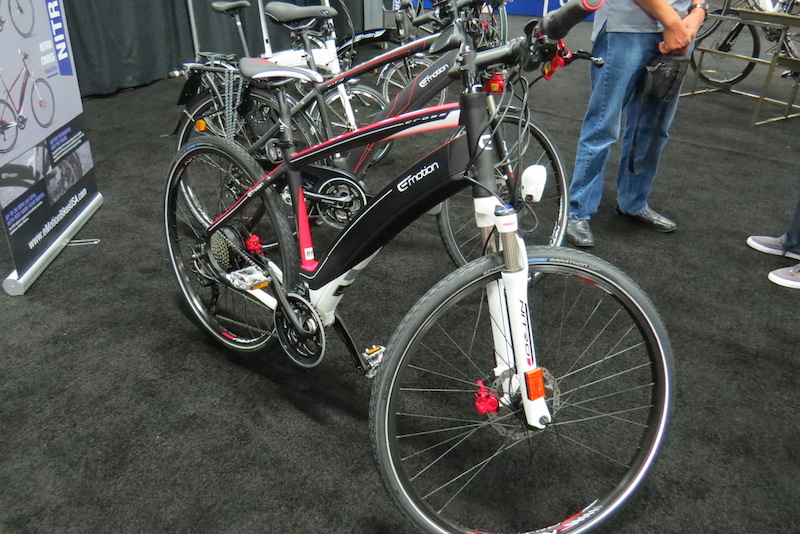 This is the Easy Motion Nitro Cross that is a high speed e-bike that can travel up to 28mph. 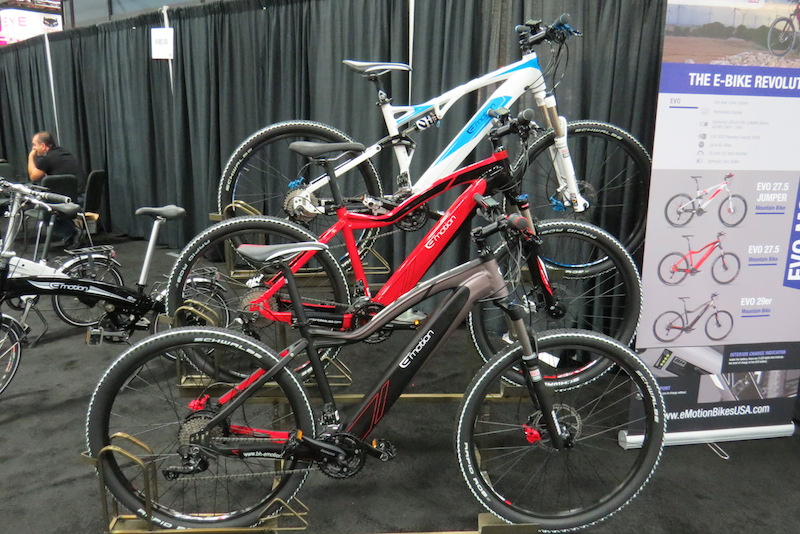 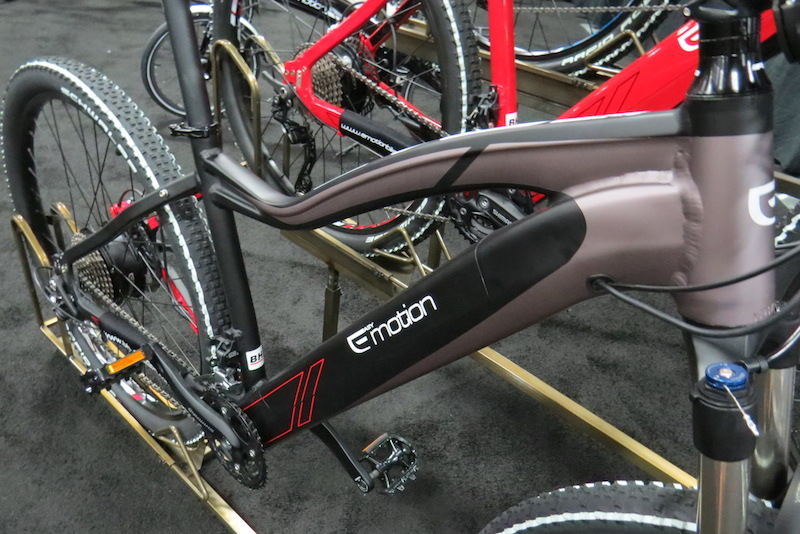 A close up of the EVO 29. Note the improved stand over height of the frame. 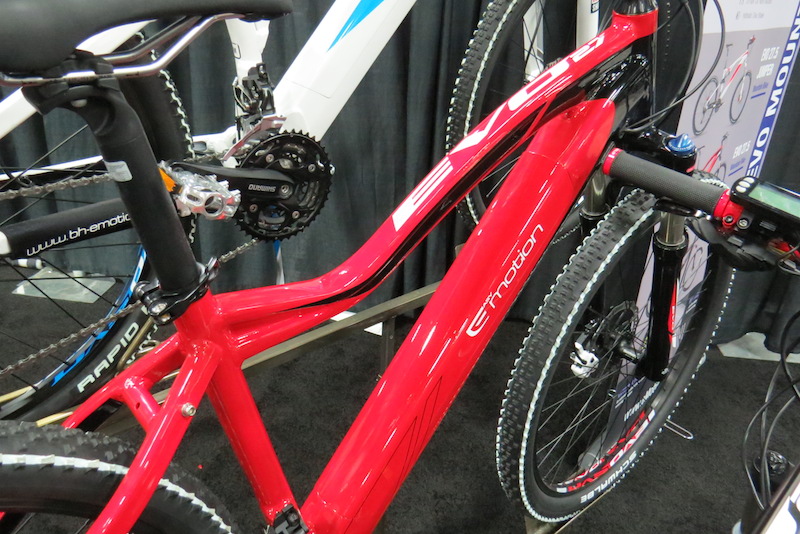